Significant progress has been made in the treatment of patients with Hodgkin lymphoma, with cure rates of 80% or higher using chemotherapeutic approaches. [2] New active agents (e.g., bendamustine and brentuximab) have been introduced that can help control relapsed or refractory Hodgkin lymphoma in order to allow procession to transplant. [3,4]

An accurate assessment of the stage of disease in patients with Hodgkin lymphoma is critical for the selection of the appropriate therapy. [5] Prognostic models that identify patients at low or high risk for recurrence are used to optimize therapy for patients with limited or advanced stage disease. [6]

Hematopoietic cell transplantation (HCT), often autologous but occasionally allogeneic, can be used for recurrent disease. Allogeneic HCT in patients with relapsed/refractory Hodgkin lymphoma has significantly improved over time. A recent single-center study found that 3-year progression-free survival after allogeneic HCT improved from 23% in 2000-2008 to 49% in 2009-2013. The corresponding 3-year overall survival increased from 50% to 84%. [7]

Data in this section have been prepared by CIBMTR® (Center for International Blood and Marrow Transplant Research), our research program. 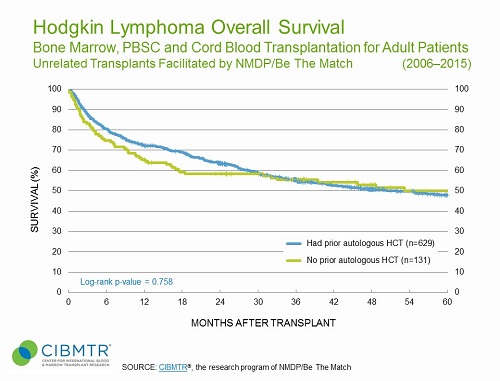 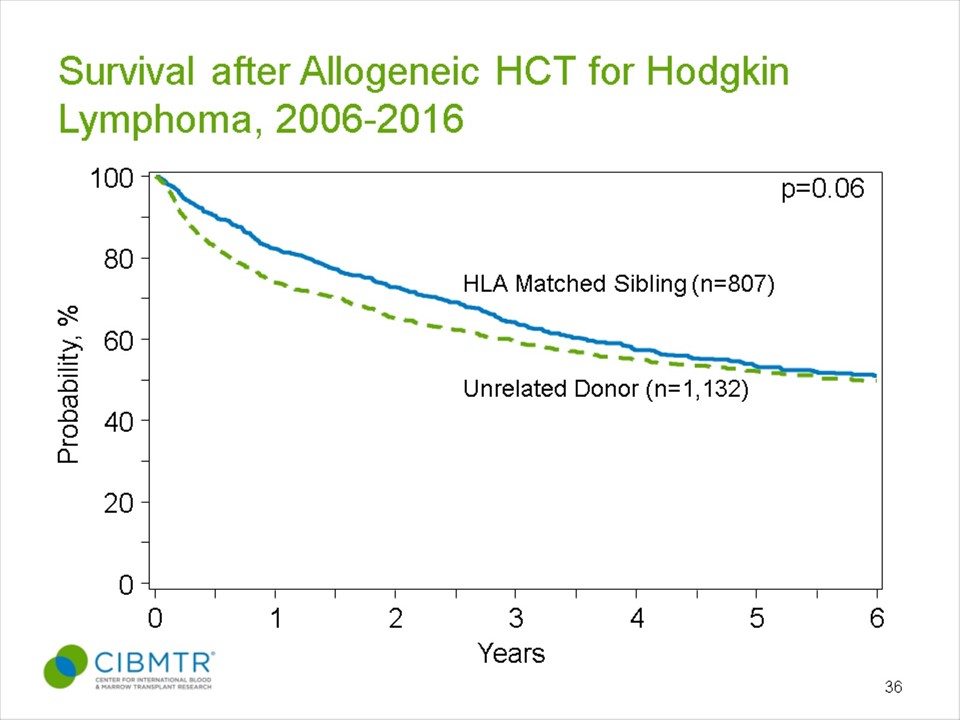 These guidelines highlight disease categories that include patients at risk for disease progression and who should be referred for a consultation for autologous or allogeneic transplantation. [8]

Slides may be downloaded and used without permission for one-time presentation or personal use.  For publication, use in print or web, or repeated presentations, please submit a Copyright Request Form.